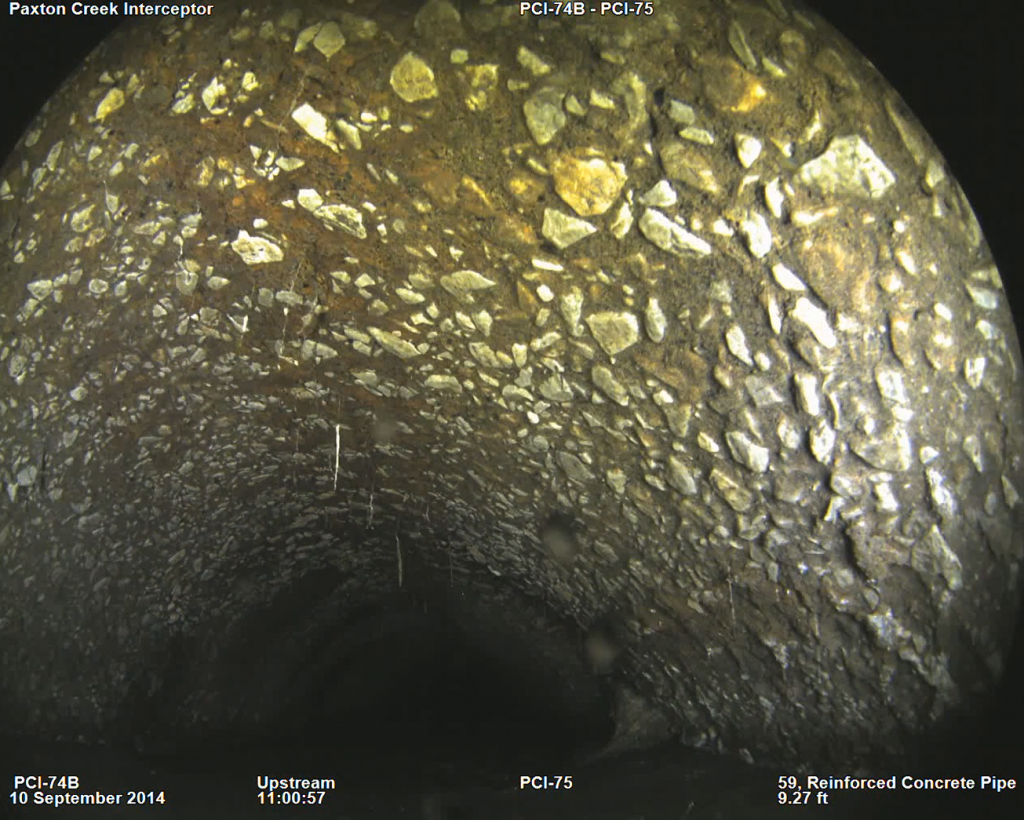 Image taken during a 2014 inspection of the Paxton Creek Interceptor depicts deterioration of the 115 year old pipe.

This is the first rehabilitation of the Paxton Creek Interceptor since it was first constructed in 1902. The project will rehabilitate the interceptor by spraying structural cement throughout the inside of the pipe. Diesel pumps and temporary above ground piping will be utilized along Paxton Creek to divert flows while the work is conducted.  Capital Region Water and its construction contractors are coordinating with properties impacted by this project.

Inspection and cleaning of this interceptor were conducted in 2014 and 2016 respectively.

Below is a video depicting how the cement lining will be applied: