In the early twentieth century Harrisburg was characterized as a manufacturing town with polluted waterways and over flowing sewers. The city’s access to a large portion of the Susquehanna River’s shoreline and natural scenic topography presented untapped opportunity. 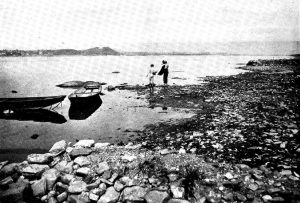 Following presentations from local activists and others, a plan was commissioned in 1901 detailing a comprehensive system of parks, new sewer and drinking water infrastructure, and flood controls to protect public health and create a “City Beautiful.” Residents of Harrisburg later supported a bond referendum to fund these projects by vote at a 2 to 1 margin, kicking off the City Beautiful Movement in Harrisburg.

Harrisburg still benefits from this “period of municipal improvements” over 100 years later. Wildwood Park, Riverfront Park, Reservoir Park , and the Capital Area Greenbelt all trace their origins to the City Beautiful Movement. Not to mention parts of Harrisburg’s drinking water and sewer systems that still operate today.